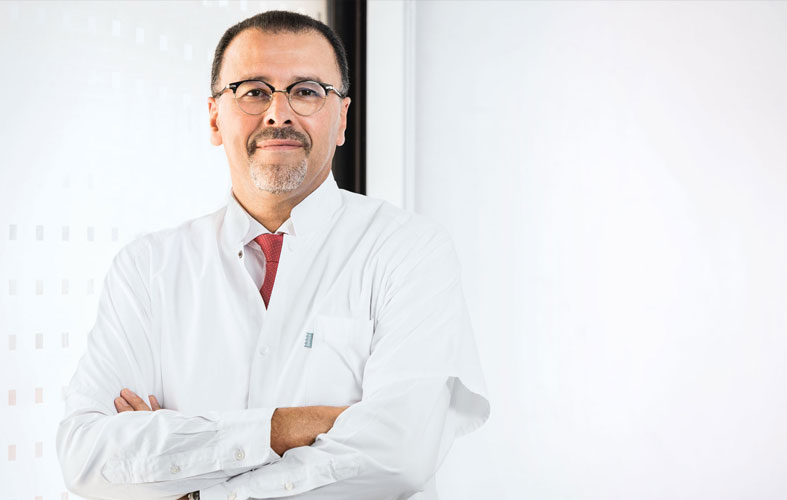 L&R has been active in the Moroccan market for more than two decades. In 2000, Lohmann Velpeau Maroc was renamed L&R Morocco to highlight its connection to the international L&R Group in its branding. The company headquarters in Morocco is located in Casablanca.


What does your work as an orthopaedist/surgeon in Mohammedia, Morocco mean to you?

My work as an orthopaedist and surgeon is very varied and involves many different elements. I work in the Ca­sablanca metropolitan area and patients from all walks of life come to me. On a day-to-day basis I deal with a wide variety of orthopaedic clinical pictures.

Which are the problems your patients consult you about?

My patients see me for any and all problems involving the musculoskeletal system. The spectrum ranges from minor injuries to major trauma and joint deformities. But my main specialty area is foot and ankle surgery.

What do you love the most about your profession?

Which “professional side-effects” could you very well dispense with?

I am always very happy when I can help my patients. But in very rare cases I meet people who are somewhat ignorant and who take my help for granted. Also, the long surgery times for some very complicated procedures can be challenging.

A typical work week consists of surgery in the mornings, except on Wednesdays, and sometimes also on Saturday. In the afternoons I have office hours and in the late evening sometimes more patient appointments. But sometimes an operation can last until 04:00 or 05:00 p.m.

Which products from L&R do you use?

For my operations, I use Sentinex Surgical Gowns or Raucodrape OR Drape Sheets from L&R, as well as a variety of bandages and dressing materials and all immobilisation products, such as Cellona Plaster of Paris Bandages.

Which medical subject is No. 1 on your agenda?

High-quality products made from good materials are extremely important for my work, so this is something that is at the top of my agenda.

For what indications would you like to discover a solution?

Good question! I would love to find a truly effective solution for infected wounds to prevent delayed bone and wound healing.

What do you wish for the future?

A well-equipped setup to establish minimally invasive foot and ankle surgery is on my wish list for the future.

Challenging, exciting and optimistic times lie ahead!
2018 in the UK – a year full of changes for leg ulcer care.

Providing care with fervour. Every day.

Björn Jäger – a wound expert and orderly at a correctional facility