L&R in the Middle East, Africa and beyond. 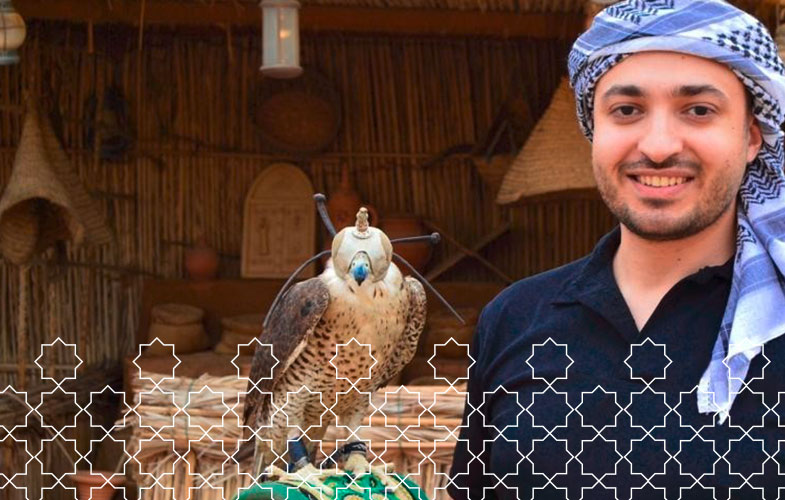 The Middle East is a highly heterogeneous region. Booming cities and regions on the Persian Gulf, such as Dubai or Qatar, are counterbalanced by crisis regions across Syria and Libya. Countries with modern, well-developed health systems, such as Saudi Arabia or Kuwait stand in stark contrast to countries like Iraq or Sudan where comprehensive medical care for the entire population is yet to be seen for the first time. L&R’s “Middle East & Africa” division manages operations in the region from its Dubai site. And as it is here that experts from every imaginable market are based, it makes sense that African countries such as South Africa, or growing markets in Asia, such as India, are supplied with medical devices from Dubai. How is the health market in this region organised, and what challenges need to be overcome? What can we expect to see in the future? Das magazin has been taking a closer look into this fascinating region.

L&R in the Middle East & Africa

Presentation of the CNP P3 Therapy System at Arab Health

Whilst the North African market was previously served from bases in France, primarily for historical reasons, since 2018 Dubai has become the key hub for L&R businesses across the entire region of the Middle East and Africa. In no other city in the world has a transformation been seen that is as drastic as this metropolis on the Persian Gulf. Once it was just a sleepy fishing village, but over just a few decades it has exploded into a metropolis of around 4 million inhabitants, with financial and trade centres that are major players on the global stage. Dubai is surrounded by desert, and is the home to both the largest port in the Middle East and an airport with the third-largest annual passenger footfall. The city is also renowned for the Burj Khalifa, the tallest building in the world at over 800 metres in height. Nowhere else on the planet will you find more skyscrapers over 300m tall in one place ... and the construction boom is showing no signs of slowing. Even the local L&R office is located in a modern colossus of a building built from steel, glass and concrete, where employees can enjoy breath-taking views out over the city.

It is not the first time we are seeing the Islamic world standing for progressive ideas. In the Middle Ages, the sciences experienced their own era of enlightenment in this region. Islamic scholars particularly contributed a great deal to the medical field, and were certainly a step ahead of their European contemporaries. Whilst much ancient knowledge was lost during the European “Dark Ages”, in the Middle East, societies continued on seamlessly from where the Roman and Greek teachings had left off. With the help of gifted translators, Latin and Greek texts were translated into Arabic. The knowledge derived from this was further developed and then taught through the old Arab world’s universities, or “Madrasa”. It was common for these schools to develop into highly specialised academies which would benefit from active exchange with hospitals. This involved students making visits to patients in order to see how they were being treated, just like medical students today. Islamic medicine quickly became likely the most advanced to be found around the globe, and even Christian and Jewish scholars came to see Arabic as the language of science.

The Persian scholar, Rhazes (865 – 925) was one of the first people to experiment with plaster cast treatments for broken bones. He used bandages which he made stiffer by using a mixture of limestone and egg whites. More than a thousand years later, L&R is supplying numerous Arabic markets not only with its classic Cellona Plaster of Paris Bandages, but also with modern, synthetic Cellacast Stabilising Casting Tapes, manufactured using fibre-glass. Beyond supports and orthoses, however, there is an enormous growth potential to be found in the area of surgical products in particular. Many countries go to great lengths in order to continually increase the living standards of their citizens. Comprehensive and modern medical care is a key element in this regard, and L&R, with its broad product range, can make a large contribution to supporting this development.

It is not always easy, however, to meet the various different demands from different markets. Countries like Turkey and Algeria, for example, are heavily influenced by their past as French colonies, and their health systems are organised almost identically to those found in the countries of continental Europe; while countries like India or Iraq show the vestiges of a health system left behind by the United Kingdom. In other countries of the Middle East, such as Saudi Arabia, there is a strong US influence. In terms of expenditure on medical care, the region also shows huge differences. The oil-rich Gulf States, including the United Arab Emirates, can offer their citizens a high standard of medical care, and are constantly developing their networks of hospitals and medical centres. In Dubai and the other Emirates, healthcare is completely free and universally-accessible for all citizens. The standard across the 100+ hospitals in the country is high, and projects like “Dubai Healthcare City”, a purpose-built free-trade zone for healthcare companies, are looking to not only further raise standards, but also to develop Dubai’s health tourism sector.

Other markets can only afford to dedicate a far smaller proportion of their budgets to healthcare, and also stand out due to their huge population sizes. India, with its 1.3 billion inhabitants, is the perfect example of this. There is only limited public healthcare available, and a large proportion of health services are privately financed. A plan drawn up in 2014 for universal health insurance had to be postponed just a year later due to budget constraints. According to most recent estimates, only around one fifth of the Indian population is currently covered by health insurance.

In North African countries such as Algeria this figure is much higher. Over 90% of Algerians are covered under a public health insurance body which was introduced in 1975. Even despite Algeria not having access to the same wealth as the United Arab Emirates, it still maintains a well-developed system of hospitals which even serve the rural regions of the country. Children, the elderly, and the poorest amongst the population can enjoy free access to medical care in the country, with wealthier citizens having to cover a portion of their healthcare costs.

Despite all the differences, these countries all share one thing in common: there is large demand for high-quality and innovative medical devices. And that is why L&R also has a presence on markets where many competitors have abandoned the market due to challenging political climates. Iraq and Libya, for example, continue to receive supplies of L&R products. Political volatility in these areas is a challenge, exceeded only by the vast array of different regulatory requirements in place which must be mastered: a combination which makes planning for the future difficult. Two and even three-figure growth rates in the majority of states in the region, however, send a clear message: L&R’s products are winning over the markets, and all its efforts are now bearing fruit. We would like to see this growth continuing into the future, and to establish the Lohmann & Rauscher name as a symbol for a reliable partner and solutions provider, from Algeria, right through the Arabian Gulf and across India.

Whether it’s on the ward, in out-patient departments, or in surgery: we deliver solutions.

Interview with Prof. Dr. Klemens Skibicki, economic historian and professor of economics, marketing and market research in the monitoring of...