Dubai. Vienna. Shanghai. Rengsdorf. - On the road with W. Süßle

Wolfgang Süßle has one goal: to make the Corporate Strategy 2020 become reality. He and his team are doing everything to implement this project.

7:00 am:
W. Süßle has just landed from Dubai and is driving his car to the headquarters of L&R in Vienna, Johann-Schorsch-Gasse 4.

At 7:30 am: an hour’s web conference with the sales and distribution team of L&R China is on the agenda. Participants at the conference are Wolfgang Süßle, Chairman of the Executive Board, and Georg Stadler, Managing Director Sales & Marketing – both based in Vienna. The other meeting participants have tuned in from Shanghai in China: Georg Votava, Divisional Manager Export & Emerging Markets, and Hongyan Wehsner, Area Manager for the Chinese market.

China is an important focus market for L&R. The development of marketing and sales activities and the introduction of new products and services for the Chinese market are discussed at the web conference. The web conference ends with a concrete agenda for the second quarter 2016. L&R has already been present in China in several organisational forms for many years and has subsidiaries in Peking, Shanghai and Hubei.

In the coming hour, a briefing by Anja Gasteiger, Director of Corporate Communication, on the press workshop “Innovations in wound therapy” is on the programme. 15 specialist journalists from Germany, Austria and Switzerland are coming to the L&R press workshop in Vienna to receive extensive information on the subject “Innovations in wound therapy”.

L&R has also decided to adopt a new approach in communication. Thus, the press meeting is not taking place at company headquarters nor in a hotel conference room, but instead at a modern restaurant in the middle of the first district – in the “Labstelle”. And for an extended morning, the Labstelle will be the source of information for the media. In the trade press workshop, speakers and experts from companies, clinical and nursing care will inform themselves about L&R and be discussing innovations – wound therapy – the challenge of the diabetic foot syndrome.

Wolfgang Süßle and Anja Gasteiger discuss the final time schedule – Mr. Süßle is given some brief informative points about the participants attending, their magazines and the journalists themselves, possible questions which could be asked, as well as the three core messages, which the journalists should “take away” with them from the workshop.

9:30 am:
In August 2015, L&R Group started the Corporate Social Sponsoring Programme “L&R charity – we connect”. A brief working session is now planned with the project team in order to prepare the second CSS committee meeting. What is the status quo, which other projects have been submitted, are all the facts available for assessment by the committee?

10:00 am:
While transferring to the press workshop, W. Süßle takes some telephone calls with his board colleagues, Georg Stadler, Holger Mägdefrau and Thomas Menitz. The executive board discusses opportunities and risks of a possible acquisition and further expansion plans.

10:30 am:
Arrival at the Labstelle – a short final briefing + check of the last todos takes place with the team.

11:00 am:
The press meeting begins punctually at 11:00 a.m. All journalists who signed up to attend are there and show great interest in the different presentations and questions discussed. Wolfgang Süßle, a lady innovation blogger and Dr. Christian Rohrer, Head of R&D, speak on the subjects innovation, L&R, as well as research and development. The wound experts from clinical and nursing care, Anita Mysor (manager of wound care) and Dr. Claudia Ellert from the LahnDill Clinic in Wetzlar, give a descriptive overview how they treat chronic wounds on patients with e.g. the diabetic foot syndrome using interdisciplinary concepts and innovative methods, such as the negative pressure treatment option from L&R (CNP). After many exciting topics, questions, discussion contributions and expert tips, the press workshop comes to an end at about 2:00 p.m. 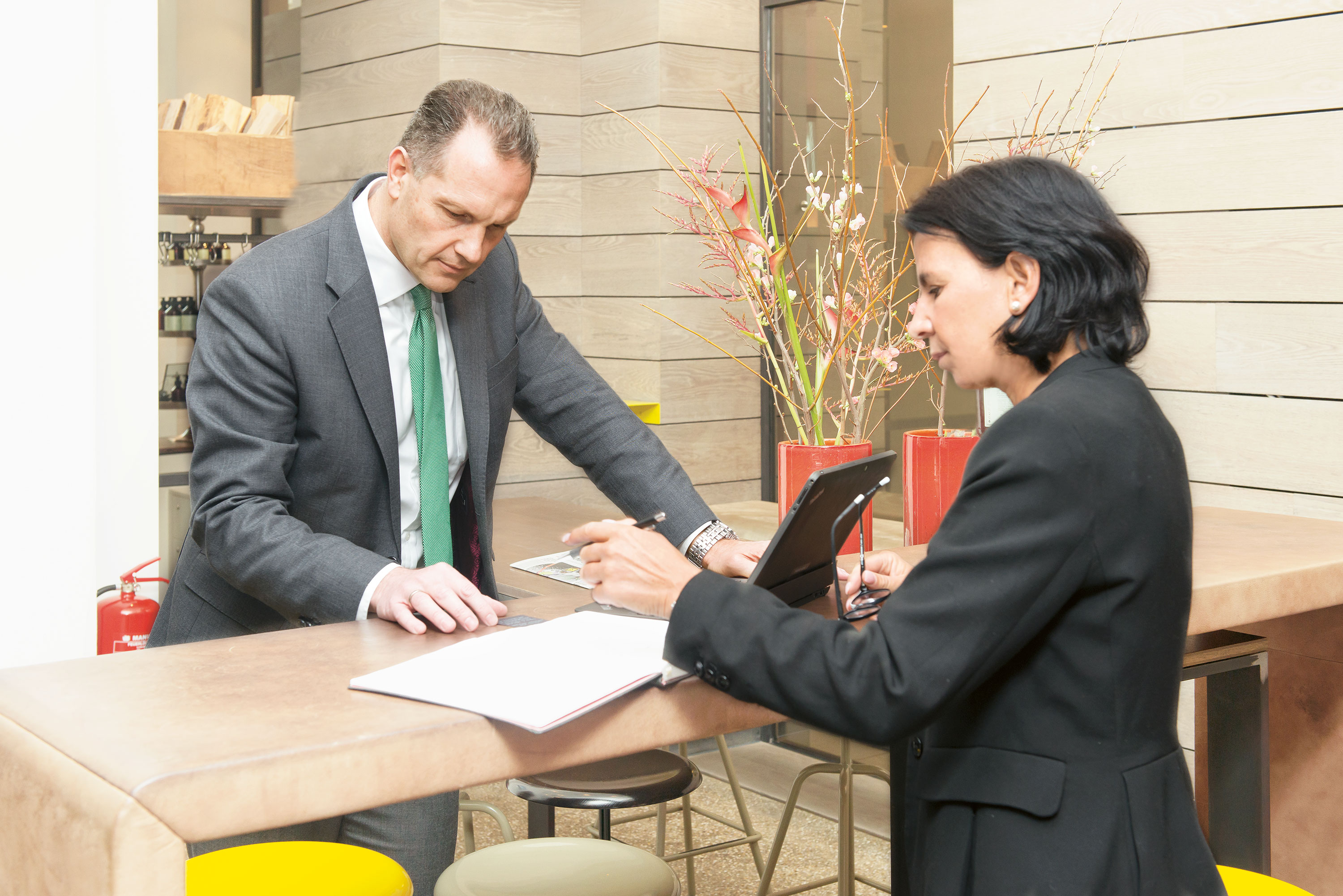 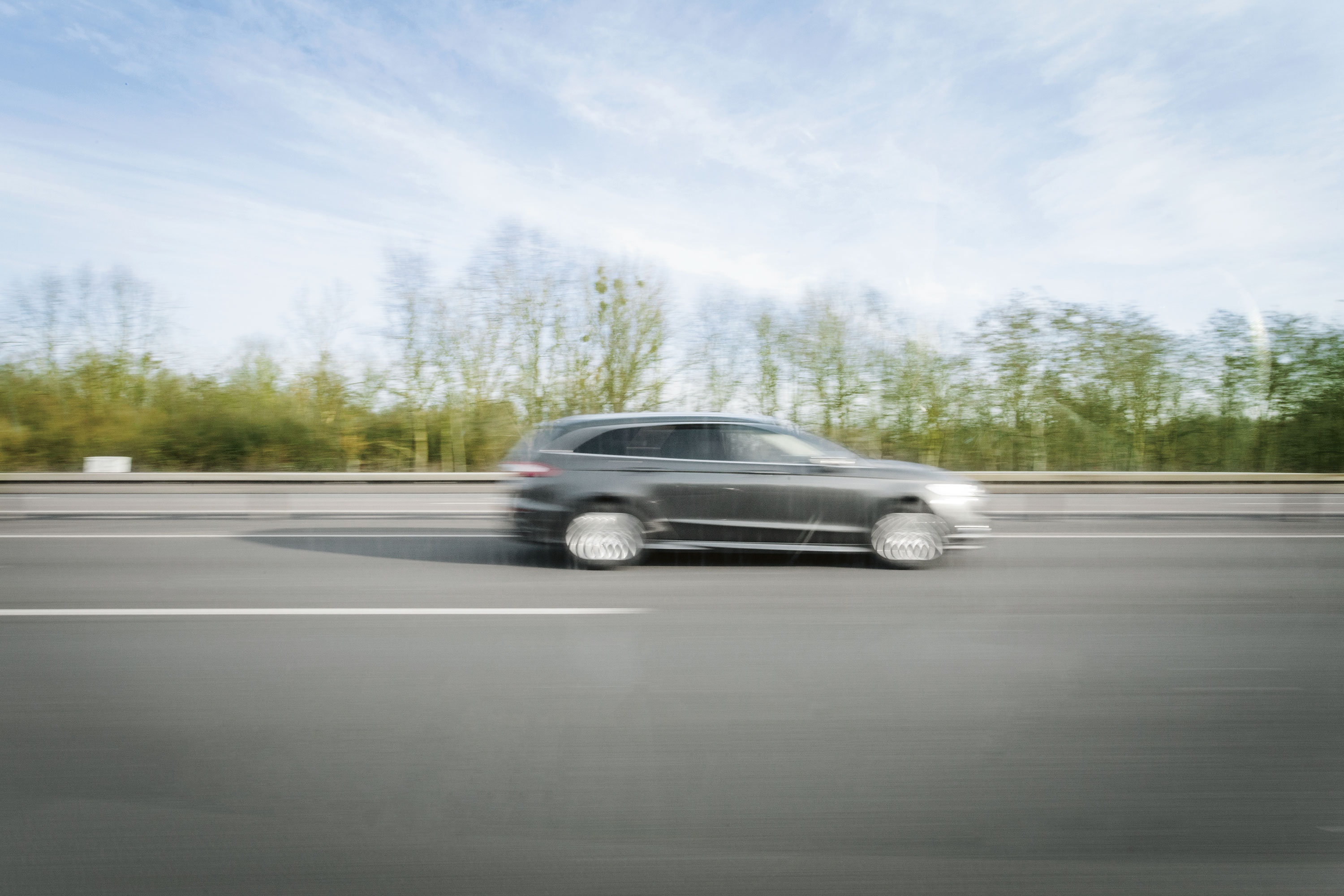 14.00 Uhr:
Wolfgang Süßle drives to the airport Vienna-Schwechat; his flight to Cologne/Bonn leaves at 3:35 p.m. During the transfer to the airport, “L&R – Das Magazin” had the opportunity to hold an interview with Mr. Süßle.

Das Magazin: How satisfied were you with the press workshop, Mr. Süßle?

W. Süßle: I think this press workshop also went very well, and the response of journalists up until now has always been very positive. It is a part of our Corporate Vision to be a transparent company which keeps its stakeholders informed at all times and stays in dialogue with them. The annual press conference is an important constituent of this approach.

Das Magazin: In a few minutes you will be flying to Cologne and then continue on to Rengsdorf. The L&R site in Rengsdorf has a headquarter function, as does that in Vienna. Why does L&R actually maintain two headquarters? That is not necessarily a good way to reduce travelling, or is it?

W. Süßle: Of course, you are right, but the two headquarters have historical reasons. L&R was created in 1998 from the merger of the German company Lohmann and the Austrian company Rauscher. Even today, our company owes a great deal to the fusion of two family companies, when it was decided to divide the company headquarters of the L&R Corporate Group between Germany and Austria.

Das Magazin: Tradition, innovation and expansion – do they still fit together?

W. Süßle: We are a dynamic family-run company, an international player and follow a focussed innovation and growth strategy in the healthcare market. We are able to show more than 168 years of combined competence and innovative strength in the area of medical devices. Today, L&R is a leading international company – with a dense network of external sales representatives in sales and marketing, highly modern production facilities throughout the entire world and with its own research and development centres. With  more than 4,300 employees worldwide, 40 corporate companies and participations in 22 countries, we are in an excellent position – and have a very good basis for further expansion and substantial growth.

A core competence of L&R is the development of focus products, which set new standards in the segment of medical devices and hygiene products. Take Debrisoft, for example, an innovative fibre pad for low-pain wound cleaning – this is where we have been clearly able to set new trends. But also with the Suprasorb CNP product range – a system of negative pressure wound therapy – we are truly pioneers! It was also pleasing to have been awarded a number of innovation prizes for this innovation. We developed ready-to-use packaged “Kitpacks” for clinics, for example, as the first supplier in Europe. All the necessary materials for an operation are sorted according to indication and sterility, in order to simplify the processes for surgeons and nursing personnel and thus to contribute to more efficiency and safety.

Das Magazin: In today’s press meeting we heard a lot about the L&R Corporate Strategy 2020. What is hiding behind this and what advantages does this strategy actually have for the customer?

W. Süßle: L&R lives a modern and future-oriented company culture. We developed the Corporate Strategy 2020 with the entire management team in 2011, as a concrete agenda for our company. This growth and Innovation strategy is intended to secure our corporate success sustainably and comprises of a number of projects to be addressed. In 2016, we are currently exactly halfway, but are not going to allow ourselves to take a half-time break. We have a clear vision and want to implement it – this is what we mean by the strategy 2020, no more, no less! We are a diversified company and wish to be the preferred solution provider and partner for our customers in the areas of medicine, healthcare and hygiene. Being the number 1 in everything we do is a recurring theme throughout the entire company. This means for the team and our customers: we supply high-quality products, concepts and services, we place great importance on the highest possible reliability in the supply of our customers, we are internationally competitive and we support the optimisation of our customers’ processes. The international customer survey carried out in 2015 has clearly shown that we are on the right track and are already doing many things well and correctly. However, we are not going to rest with our successes and want to be even better each day and in all our activities.

We now arrive at the airport, check in, quickly drink a fruit smoothie and the boarding process begins.

3:35 am:
The flight lasts 1 hour and 10 minutes and Mr. Süßle and “Das Magazin” use the time to continue the interview:

Das Magazin: As of the year 2017, all companies of a certain size are obliged to publish figures, facts and projects concerning sustainability. How have you designed this process at L&R?

W. Süßle: The subject of sustainability is of great importance to us, and L&R will publish its first sustainability report this year in order to bundle diversified projects and to make them more transparent. And it will certainly not surprise you to hear that the sustainability of diverse projects is also part of the Corporate Strategy 2020. Sustainable development for us means taking economic points of view into account together with environmentally relevant and social points of view. In the long-term, integrated sustainability management combines the three columns of sustainability: economic success – ecological responsibility – social involvement and comprises all steps of the value-added chain at L&R.

Das Magazin: So much for the theory, what does it look like in practice?

W. Süßle: We recently formed a L&R Taskforce under the guidance of the Executive Board, which, amongst other things, coordinates and reviews all projects, data and facts concerning the three columns of sustainability. In the past years, we have started different projects which count towards the sustainability columns. Take our new initiative “L&R Charity – we connect”, as well as the numerous product donations which we have already been providing to crisis areas for many years. EcoVadis, a leading provider of assessments in the area of CSR/sustainability, recently granted us the CSR bronze status. The Corporate Strategy 2020 programme includes our sustainability strategy throughout and is a counterpart to the column of economic sustainability.

9:00 pm:
About 9:00 p.m., the working day of Wolfgang Süßle is slowly coming to a close. The Strategy 2020 will certainly be implemented successfully by him and his team – with a lot of dedication and dynamics, on 365 days of the year.

*Georg Stadler is entired since the end of 2016. Since then Markus Sebastian is responsible for the company’s global sales and marketing activities.

Doctors with ambitions: Live from a dermatology practice in Munich, Germany

At the “Dermatologie am Sendlinger Tor” practice, the shared values of the three dermatologists and their group practice’s team are front and centre.

Kitpack - One set, many components, millions of possibilities

More than 9,400 individual components to choose from